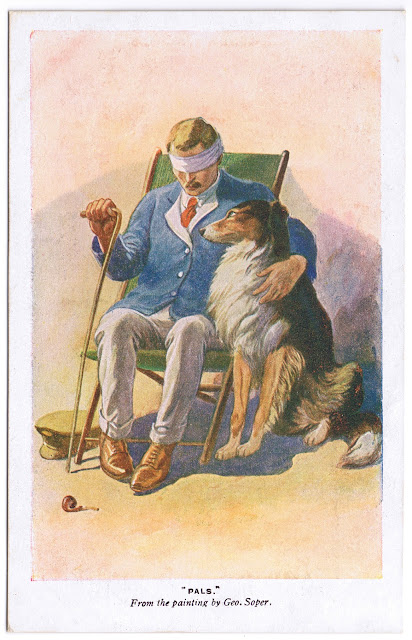 On the back of the postcard the printed message reads:

“The soldiers and sailors blinded in the war have learnt to be blind at St Dunstan’s in Regent Park and many are still learning. After their training they go to their own homes or are set up in new ones to carry on the trades they have mastered. Large sums of money are necessary for the after-care of these brave men who gave their sight for us in the war, and a permanent After-Care Branch which will look after them all their lives has been established by the National Institute for the Blind which asks for your practical sympathy on their behalf. Contributions will be gladly accepted by the Treasurer, National Institute for the Blind, Great Portland Street, W.1.”

A number of New Zealand soldiers who were blinded in the war were sent to St Dunstan’s hospital in Regent's Park, London for treatment. One of these soldiers was the New Zealand High Commissioner’s son, Trooper Clutha Mackenzie. Clutha, serving with the Wellington Mounted Rifles was deprived of his sight while in combat at Sari Bair in 1915. The force of a nearby shell explosion forced out both his eyes. 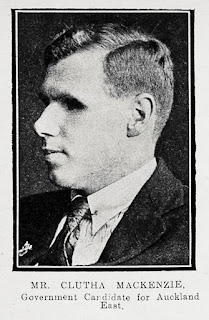