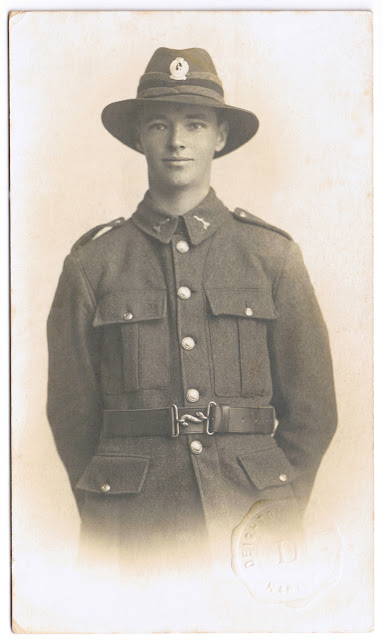 A real photographic postcard portrait of Private Norman Shore taken at Deighton Studio in Napier before his departure for military service overseas. Prior to enlistment, he was employed as a shepherd. His mother Sarah Jane lived at 4 Brewster Street in Napier, located between Marine Parade and Napier Girls High School.

Shore was posted to 3rd Battalion Canterbury Infantry when he was killed in action near Passchendaele on 12 October 1917. He was only 21 years of age. His name is recorded on the Tyne Cot Memorial at Zonnebeke, West Flanders in Belgium.