A Selection of Somme Postcards 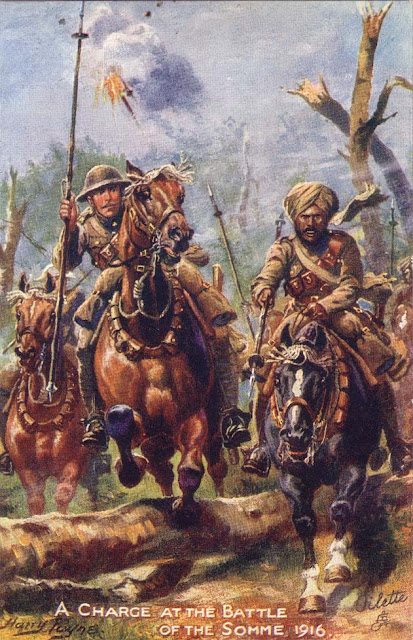 "A Charge at the Battle of the Somme 1916" an Oilette postcard by British artist Harry Payne. 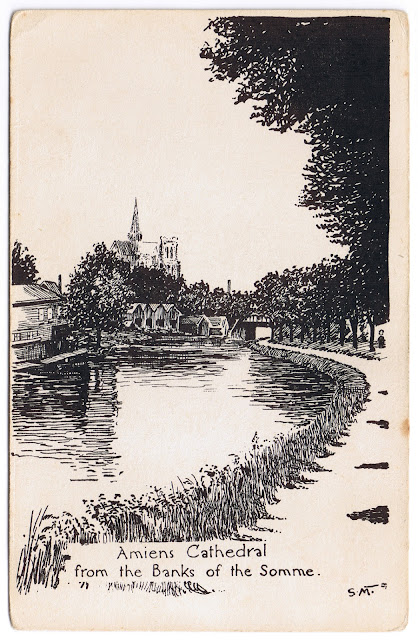 "Amiens Cathedral from the Banks of the Somme" a NZ YMCA postcard signed by artist 'SM'. 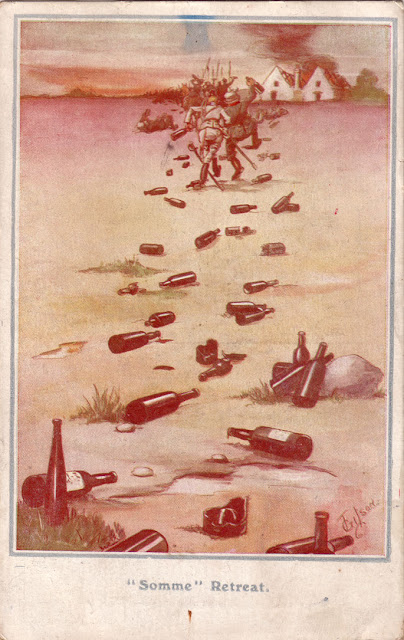 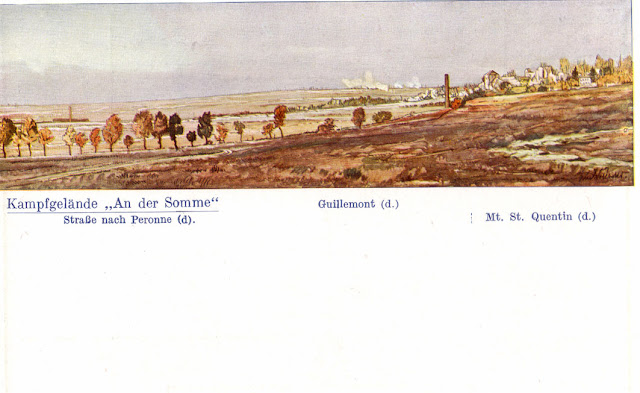 A German panoramic postcard of the Somme countryside. 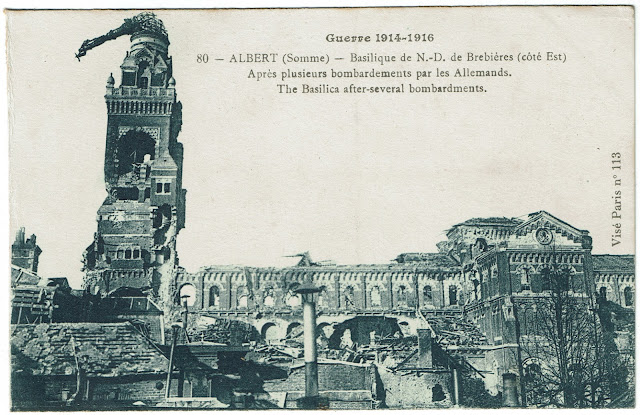 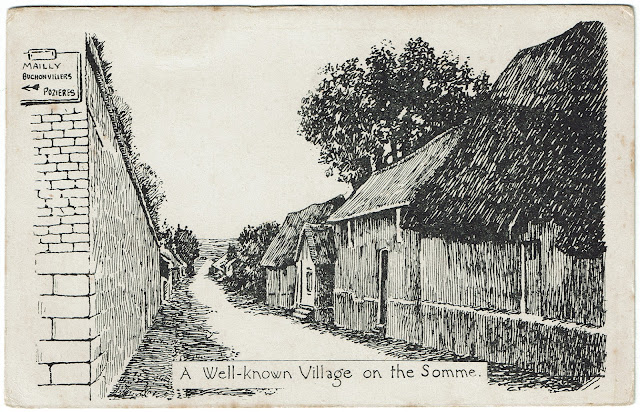 A NZ YMCA postcard entitled "A Well-known Village on the Somme".

A selection of souvenir postcard booklets.
Posted by Unknown at 23:29 No comments:

100th Anniversary - Battle of the Somme

The haunting sound of the whistle synonymous with the clamber of troops heading 'over the top' and doing best to rush across No Man's Land, was the sound that many would rather forget.
That shrill blow from the lips was the call to death for so many of our New Zealand lads one hundred years ago today.
It was Friday 15 September 1916 and the Battle of Flers-Courcelette on the Somme in Northern France had begun. Few anticipated the huge cost in casualties the New Zealand Division would sustain over the 23 consecutive days they spent on the bloody, muddy Somme landscape.
Among them was Rifleman Eric M. Austin, age 23 of the New Zealand Rifle Brigade. He was killed on the opening day of this conflict. Below is a postcard addressed to him and wishing him a happy birthday in June 1916, just a few months before he met his fate. 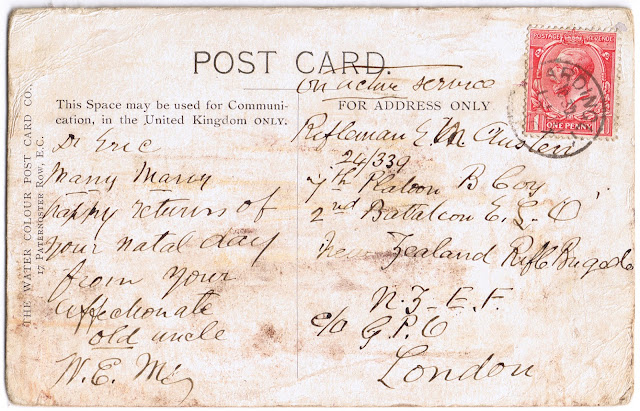 It is sadly ironic that Austen, a keen gardener employed by Thomas Horton Nurseries in Pahiatua prior to the war, should leave behind nature's beauty for the ugly barren battlefields of the Western Front and end his days there.

Another New Zealand casualty was Private Peter Henry Neilson of 2nd Battalion Otago Infantry Regiment. Using the colourful and sentimental postcard below, he wrote to his sister in Invercargill from the trenches on 24 July 1916...

"Dear Mary,
Just a card hoping it finds you all in the best of health as it leaves me at present. We are still in the trenches but I think we will be going out for a spell shortly. I received your letter the other day and was glad to hear from you. I have not seen Joe yet but I met Chris and Harry. They are both in the trenches now. Last time I saw them they were both looking well and were having a good time. I have had very little time to write lately but will write you a letter as soon as we go out for a rest. I will now close.
With best wishes. Goodbye. Peter xxxx."

Private Neilson was 21 years of age when he was killed at the Somme on the 15th September 1916. 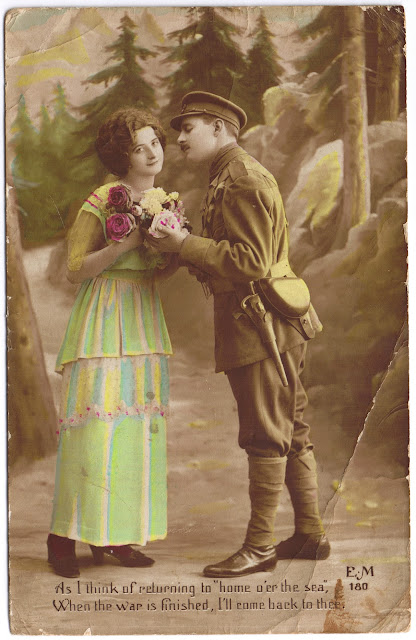