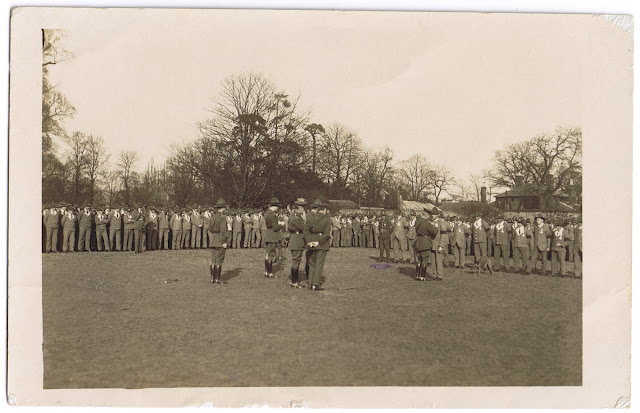 A real photographic postcard taken of a New Zealand military award ceremony at Hornchurch in England.

A handwritten message on the back of the card reads:

“Hornchurch, 19 April. Just a snap shot taken of some of the New Zealanders. Jim Cusack in front. Line at foot. W.D. These boys in front have been decorated for deeds of bravery. General Richardson is pinning the ribbon on.”

In April 1916 a special presentation of military awards was made on the parade ground at Hornchurch camp attended by General Birdwood, Brigadier General Richardson and the New Zealand High Commissioner from London, Sir Thomas Mackenzie. The oldest British award for gallantry, the Distinguished Conduct Medal (DCM), was presented to 15 New Zealand soldiers at the ceremony.