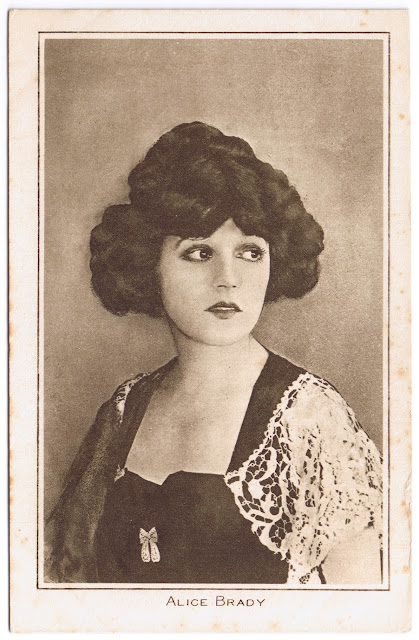 Alice Brady, of New York, was a popular leading actress during the war years. She appeared in films which were screened to audiences around the world. In November 1917 the film “The Maid of Belgium” was released and hit New Zealand cinemas in early 1918. The Free Lance advertised the film on 14 March 1918 at the Empress Theatre in Wellington:

“What war can do to an unfortunate girl refugee is startlingly depicted in ‘The Maid of Belgium,’ a World film drama, which stars Alice Brady, and is to be screened at the Empress Theatre, commencing this coming Saturday. An American couple touring Belgium at the outbreak of the war come upon a half-distracted Belgian girl wandering aimlessly about her pretty village. They adopt her, as they are childless. The conclusion of the drama is most powerful and contains a general element of surprise. Very beautiful scenic views of Long Island Sound are in this picture as well as remarkable views of the Germans at their dreadful work in Belgium.” 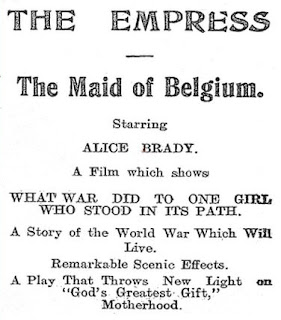