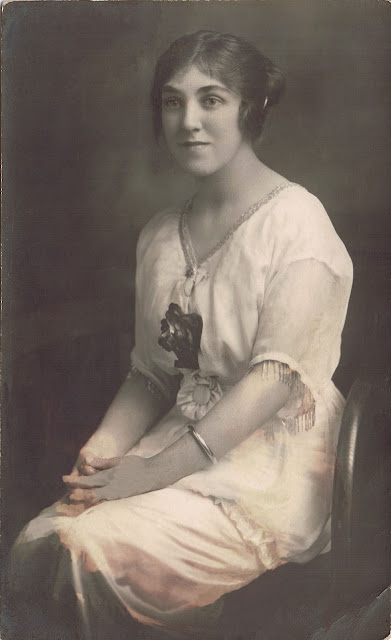 This beautiful lady is Miss Doris McCormack. She was elected by New Zealand soldiers at Trentham Military Camp to become their "Queen" in a bid to help raise funds for wounded soldiers and their dependents, and to compete for the crown and title of Wellington's Queen of the Carnival in 1915.

In June 1915 she joined a touring party that left Wellington on a tour of the Wairarapa to help rouse support and raise funds. Large crowds of support attended the processions, parades and concerts that were held as the touring party visited the towns of Masterton, Carterton, Greytown and Featherston.

The results of the voting for Queen of the Carnival was announced on 27 June 1915 and published the following day in The Press newspaper. Fifteen candidates were in the running for the crown and up until the day before the final results were known, Doris had been in the lead. In the final moments before all votes had to be in, Miss K. Doughty, the Commercial Travellers' candidate took the lead and won the crown.
Posted by Unknown at 22:37