Taken From A German Soldier 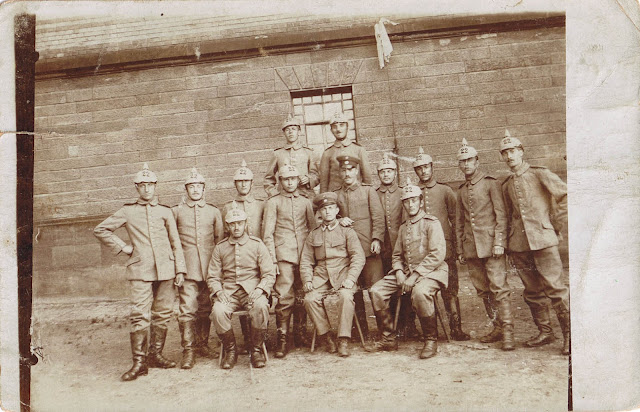 A real photographic postcard of a group of German soldiers from Infantry Regiment 22. On the back of this card is the handwritten message;

"These are photos of Germans I got off a German I killed. The ones with the forage caps are officers".

It was not uncommon for soldiers from both sides to collect war trophies and personal souvenirs from the battle zone. Perhaps the most notorious of these souvenir collectors was Private John 'Barney' Hines, born in Liverpool England, and who served with the 45th battalion Australian Imperial Force on the Western Front. He was a fearless soldier and had a hunger for collecting souvenirs ranging from coins, watches and wedding rings to German medals, hats and weapons.

The German postcard entitled 'Der Siegeszug' (meaning 'The Triumphant') seen below was used by a New Zealand soldier writing from France on 26 August 1918 to his father back home;

"Dear Dad,
Here is a card that takes some puzzling out to 'compree'. I think that it has some thing to do with Peace myself but I don't know Fritz's language.
Among a number of souvenirs I found was a gold wristlet watch buried in a parapet with the strap sticking out which I pulled and got a surprise to find a watch on it. It is an English watch and might have been either a Jerrys or Tommies." 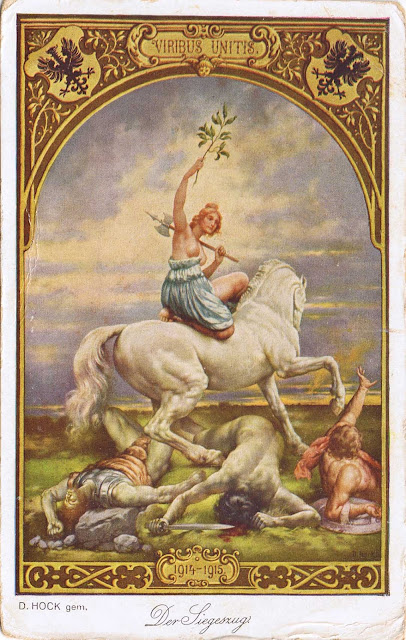