A Journey To Where We Are Not Allowed To Say 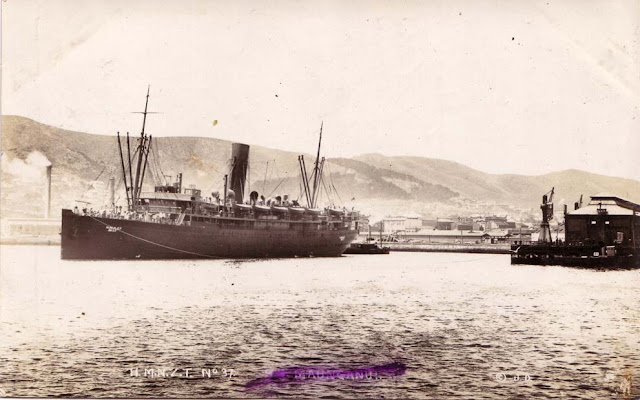 The ship Maunganui is seen here in Wellington harbour with a line running from her bow and secured to the wharf at the right of the picture. At the stern she is supported by a pilot boat. In the background is a city building with a large sign "W.A.J. Dutch, Brassfounder" which is situated at 262 Wakefield Street.
The purple ink mark on the face of this postcard was made by the military censor, an action commonly performed during the First World War to prevent the enemy from identifying and infiltrating the allied forces and their movements.

"14/1/16. Dear Mother,
This is the ship that is taking the boys to where we are not allowed to say. We have had a very smooth passage so far, & this is our 7th day out. We saw a shole of sharks. I am waiter in the Dining Room. It will take us 6 weeks to get to our destination. I will drop you a few lines every other few days. Hoping this finds you in the very best of health as it leaves me the same.
Your loving son,
10/3726 Pvte A.P. Ross, B Coy, 9th Inf Reinforcement, Wellington."

The sender of this postcard is Private Alfred Palmer Ross of New Plymouth, Taranaki. He served in the Wellington Infantry Regiment and was reported wounded in the Auckland Weekly News in June 1917. He returned to New Zealand from the battlefields in Belgium and France in 1919, and died in 1966 aged 80. 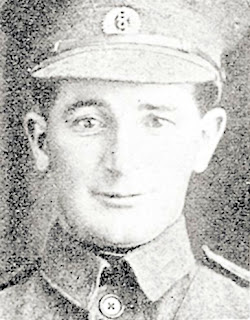