Rest and Relaxation at Rotorua

The peaceful and picturesque landscape of Rotorua and its surroundings was enjoyed by many New Zealand soldiers. Gardens, lakes, geothermal and historical sites were all enjoyed by soldiers on day trips away from their accommodation and treatment at the Sanatorium Hospital and the King George V Convalescent Home. Here is a small selection of real photographic postcards taken in and about Rotorua during the war... 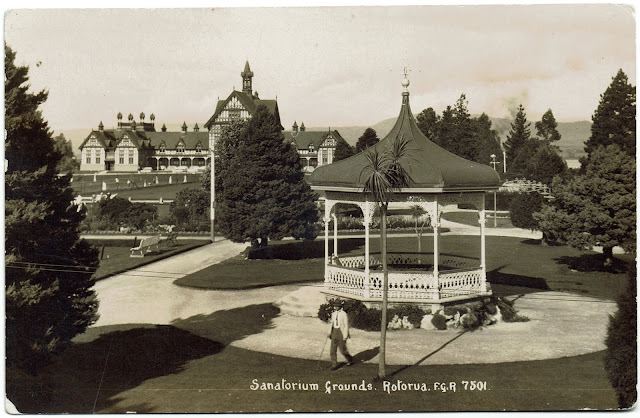 A New Zealand soldier supported by a walking stick is seen strolling through the grounds of the Sanatorium Hospital at Rotorua. Real photographic postcard by Frederick George Radcliffe. 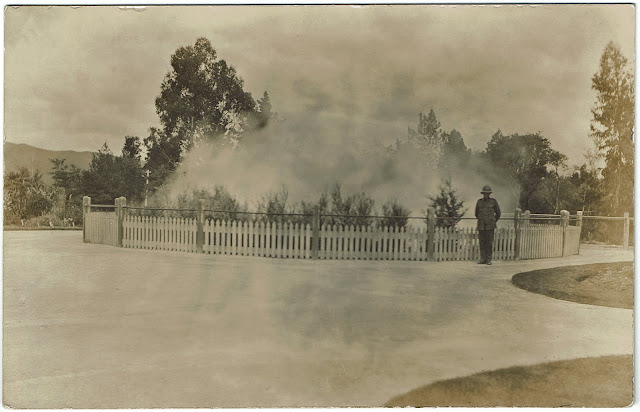 A New Zealand soldier poses for this photograph (then published on to a postcard) beside a geothermal pool in Rotorua. 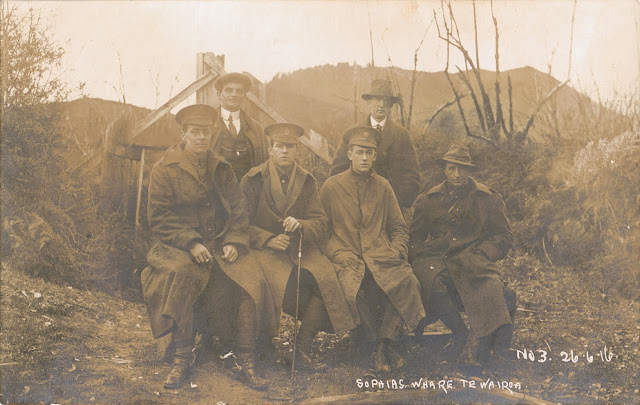 A group of New Zealand soldiers and their guides pose for this portrait at the famous 'Sophia's Whare' at Te Wairoa on 26 June 1916. Sophia or Te Paea Hinerangi was a leading guide for tourists who visited the famous Pink and White Terraces at Lake Rotomahana. The Terraces and the village at Te Wairoa were destroyed by the Mt Tarawera eruption in June 1886. Sophia's sturdy timber Whare was one of very few structures that provided protection from the mud and ash caused by the eruption. About 60 people managed to reach safe shelter at Sophia's Whare while many others were caught out in the open and perished. The historical site was a popular visit made by New Zealand soldiers during and after the war. 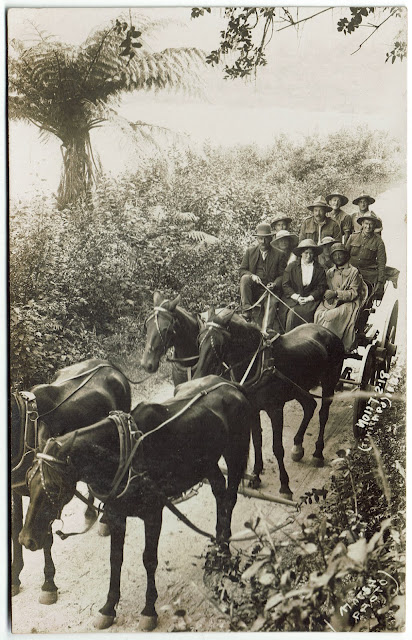 New Zealand soldiers out for a ride on the road that follows the shore of Lake Tikitapu (otherwise known as the 'Blue Lake'). A real photographic postcard dated February 1918 and taken by Rotorua photographer R.G. Marsh. 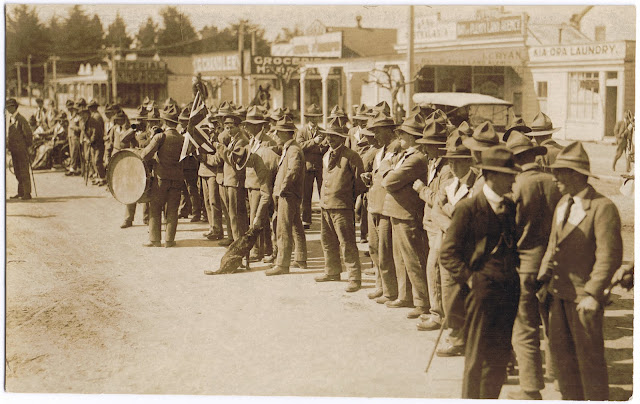 New Zealand soldiers dressed in their hospital blue uniform parade on a street in Rotorua. 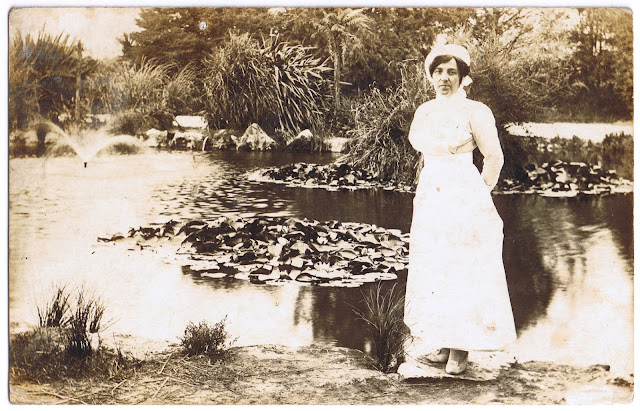