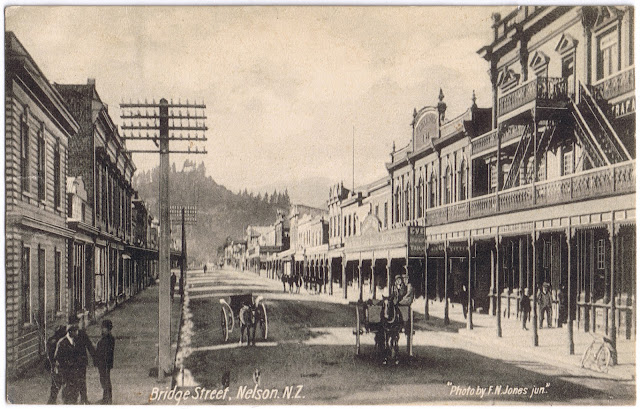 The handwritten message on the back of this postcard dated 21 March 1917 with address 154 Vanguard St Nelson reads:

"Dear Friend, did you receive mine telling you Micah was wounded? I sent you his photo. He is at Roehampton now waiting for his leg. They will only give him 12 hours leave till he can walk with his artificial limb. He has been hopping about London on crutches. They will give him about 1 month furlough. He is going to the Isle of Wight. If you would like him to come and see you, I will send you his address. You can invite him I know he would be pleased to hear from you. Let him know how he could get to you as 4 miles is too much for a 1 legged man to walk.
Yours in friendship, M. Hayes"

Private Samuel Micah Hayes of N.Z. Field Ambulance was not long in France before he was on the receiving end of enemy shellfire. Micah was struck in the right leg and hand in October 1916. He was hospitalized in England where the decision was made to amputate his severely wounded leg. In early 1917 Micah was admitted to Queen Mary's Hospital at Roehampton to have an artificial limb fitted.

The coloquial term "limbies" was given to WW1 amputees. The loss of a limb was usually caused by severe wounds from being hit by gunfire, shrapnel or from the effects of gas.