The town of Passchendaele 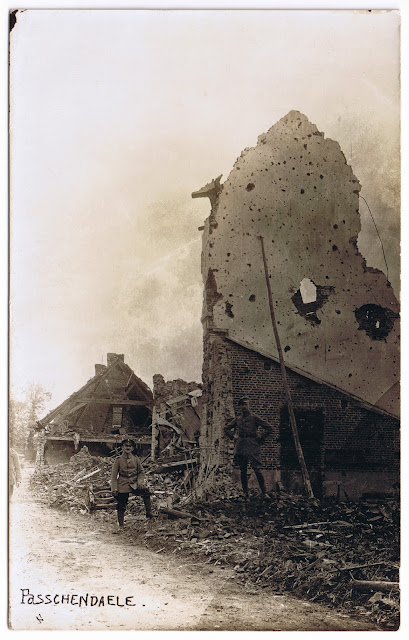 Two German soldiers stop for a photograph against the backdrop remnants of a building in the Belgian town of Passchendaele. The town was the target of much shelling and was eventually reduced to rubble. The surrounding fields were pounded into a quagmire and became the scene of New Zealand's blackest days in October 1917. Over 3,700 New Zealand soldiers became casualties at Passchendaele.
Posted by Unknown at 18:39