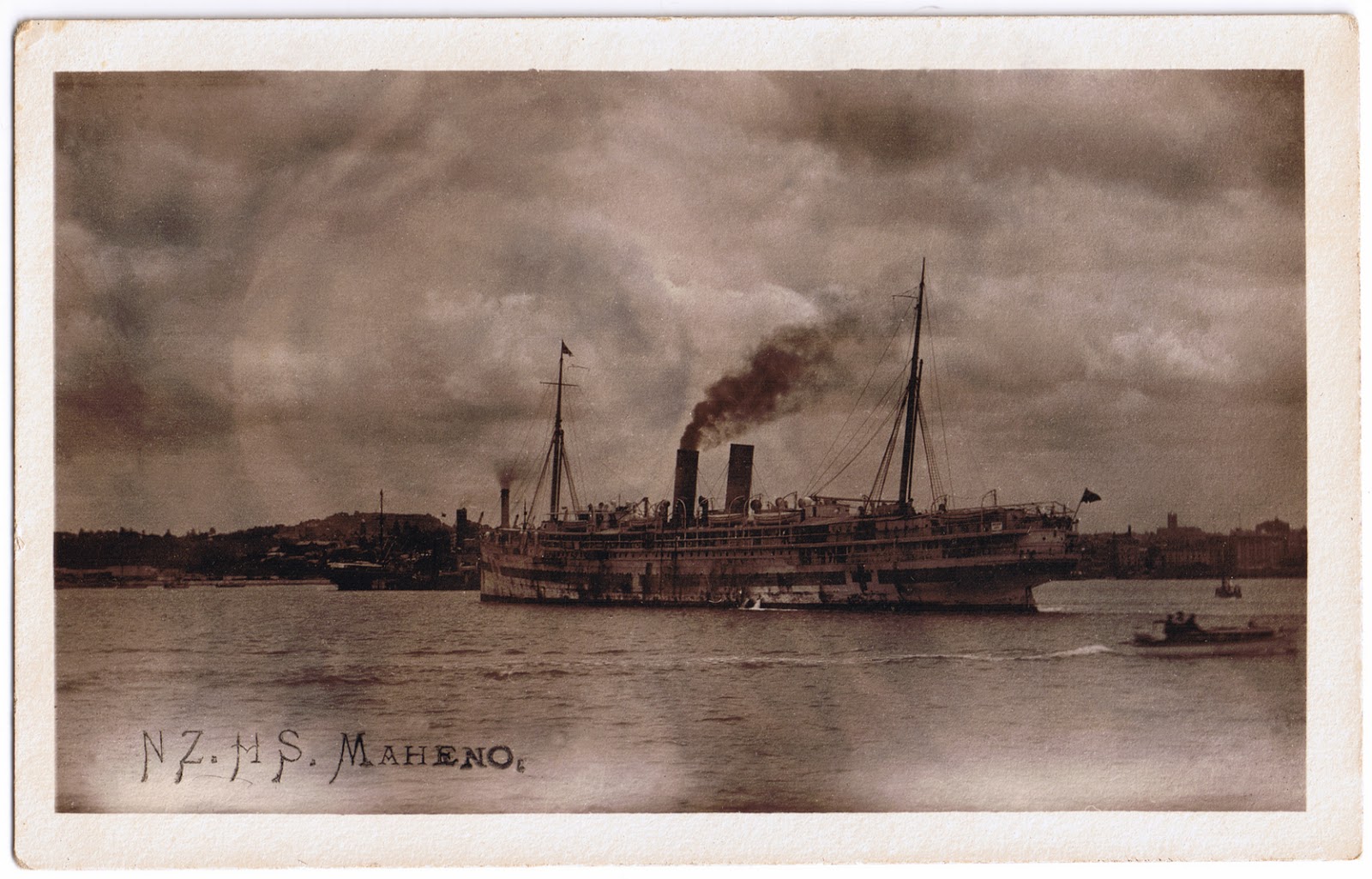 “N.Z.H.S. Maheno.” Photograph taken by Lancashire-born Ughtred Hitchon, of Auckland, NZ. Hitchon was a district officer of the Auckland St John Ambulance Association.  He came to New Zealand on the ship Ionic in 1904 and was a member of the National Reserve section of the St John Ambulance Brigade during the war. On his passing in July 1945, his estate was valued at about £20,000 and he had made generous bequests to a number of charitable institutions including the St John Ambulance Association, a Salvation Army house for children under five known as the “Nest” in Hamilton, and Manurewa children’s homes.

The Maheno entered war service in 1915 as a hospital ship and was skippered by Captain Donald McLean on five charters from July 1915 to April 1919. Her busy war service resulted in the evacuation of thousands of patients from Gallipoli, Egypt, and France with casualties transported to hospitals in England and New Zealand. The Maheno had a long and successful career that spanned some 30 years. Her seaworthy days came to an abrupt end when she was wrecked on Fraser Island off the Queensland coast in Australia on 8 July 1935.