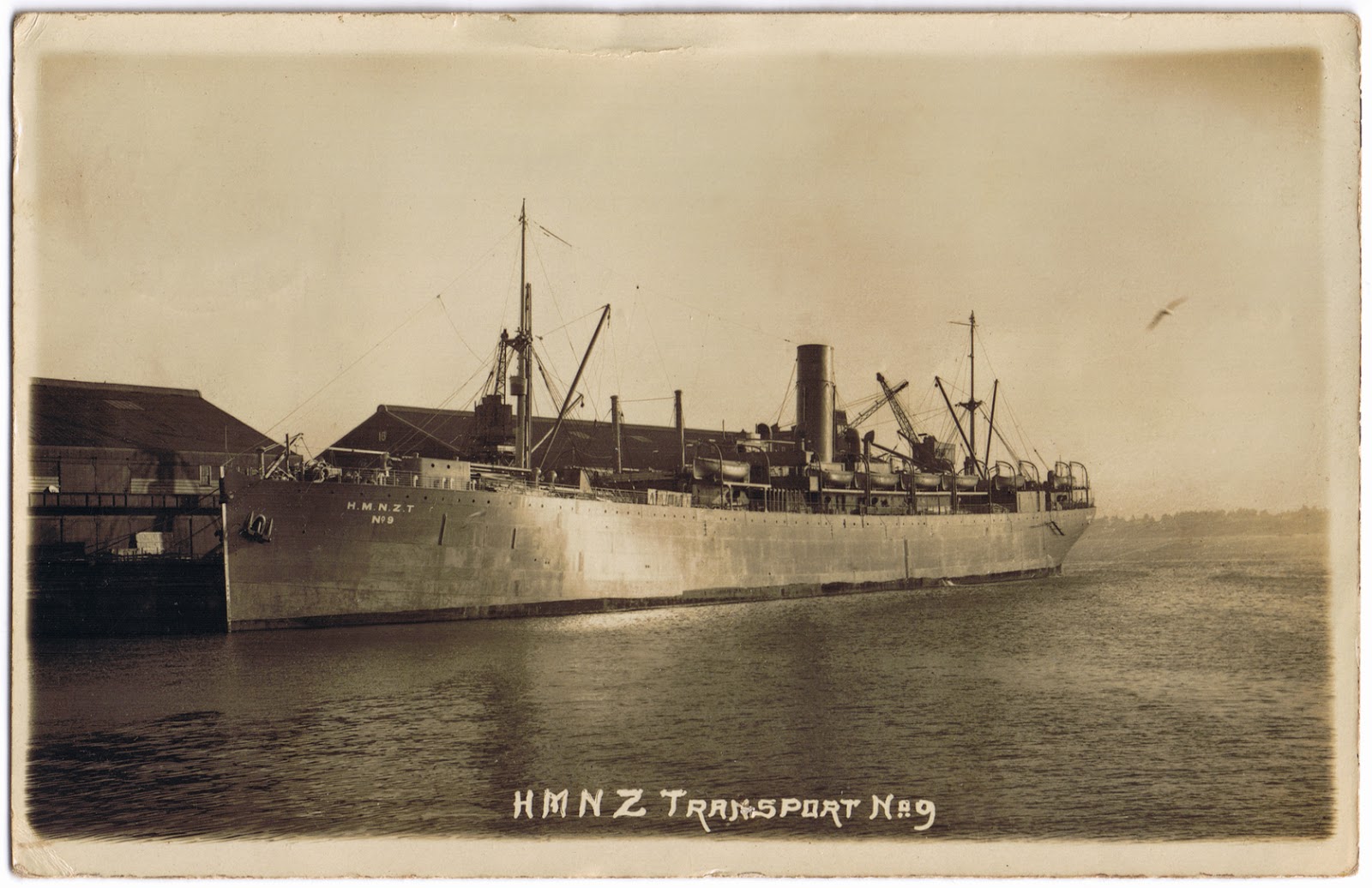 “HMNZ Transport No.9.” A real photographic postcard produced in New Zealand, postmarked 24 September 1914, Wellington, NZ. On the back of the card Private Walter John Taylor of the Otago Infantry wrote home to his father in Mandeville near Gore:

“Dear Pater, Have arrived at Wellington. Am alright. Will write tomorrow if we stop here. Your son forever, Watty.”

Walter was a Main Body soldier and sailed on the Hawkes Bay (HMNZT 9) to Egypt. He was sent into combat at the Dardanelles in April 1915 but fell sick some months later and was declared unfit for any further military service. He returned to New Zealand after receiving some medical treatment in an overseas hospital.
Posted by Unknown at 18:06