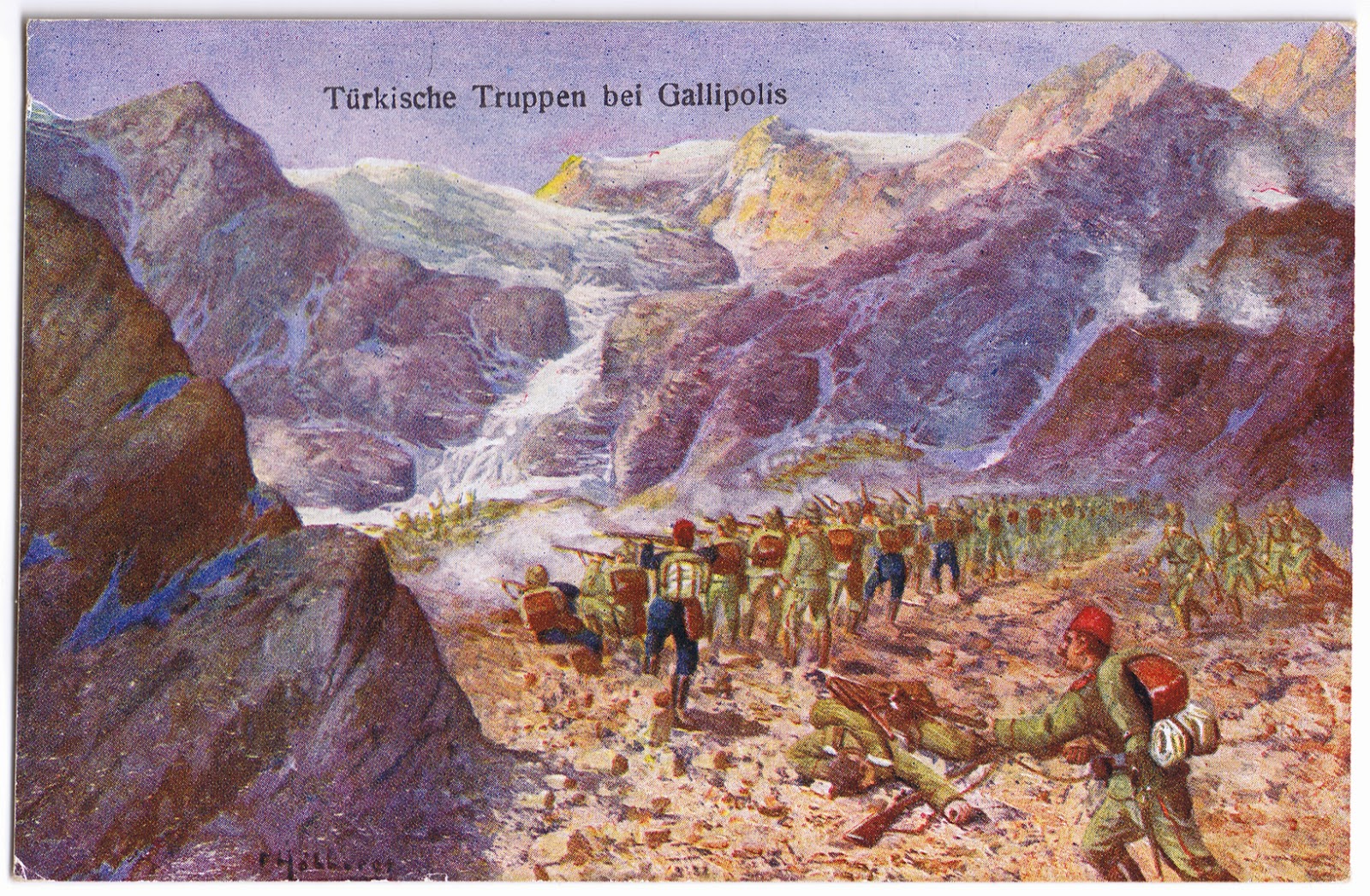 An artist’s impression of Turkish troops at Gallipoli firing on the Anzacs.
A German postcard printed and published in 1915.

The rugged and inhospitable terrain of the heights above Anzac Cove, and the effect it had on ‘boxing-in’ opposing armies is cleverly caught in this scene. Many soldiers were caught by shellfire and snipers, others were captured and became prisoners of war. On 29 September 1915 the Ashburton Guardian advised readers on what to do to try and obtain information about missing individual soldiers:
“The Postmaster-General states that persons having friends or relatives reported to be missing may write a postcard to a missing soldier and send it to the deputy chief postal censor at Wellington, who will forward it to the proper quarter for delivery. The postcard should be addressed to the soldier by his rank, number, name and regiment, the words ‘Believed to be prisoner of war in Turkey,’ being added. The card should be fully signed by the sender. No postage stamps are required to be affixed. Written matter should be strictly confined to social and domestic affairs. Any reference to the war or to politics or the state of the country will result in the destruction of the card.”