The Red Triangle - wartime support from the YMCA 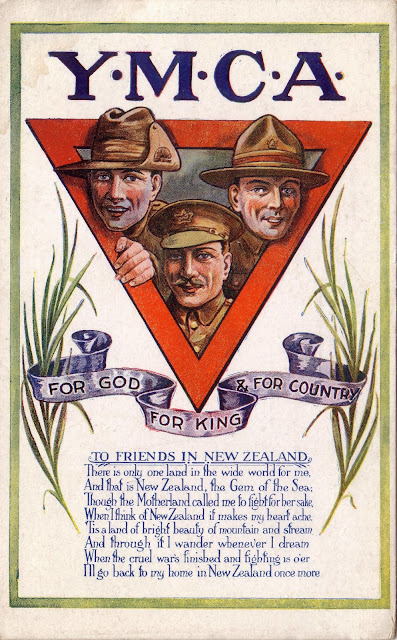 During the First World War, the distinctive red triangle of the Y.M.C.A. (Young Men's Christian Association) symbolized comfort, recreation and religion to soldiers in the war zone and behind the lines. A Y.M.C.A. facility could be found in the major cities and military camps in New Zealand, training camps and hospitals in England, and even in huts, tents and dugouts near the firing line in France and Belgium.

The New Zealand Expeditionary Force officials realised they could not under estimate the strength, welfare and morale capabilities of the Y.M.C.A. during the war. The wide range of services provided by the Y.M.C.A. to New Zealand soldiers included coffee, tea, cocoa, cigarettes, chocolate, hot meals, books, writing material, concerts, cinema, sport, education, religious services and of course, accommodation as 'a home away from home.' 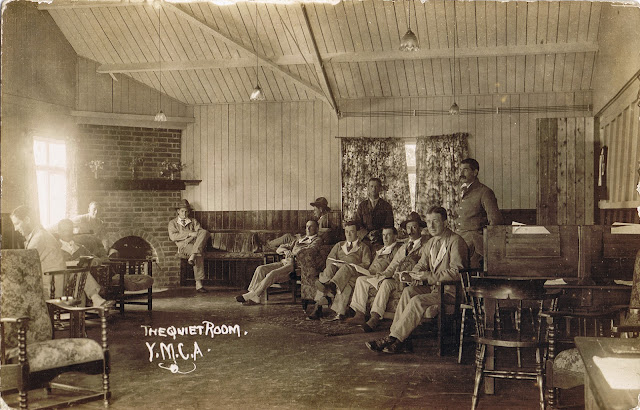 "The Quiet Room, Y.M.C.A." New Zealand soldiers dressed in 'hospital blue' uniform take time out to read and enjoy the peaceful surroundings offered by this Y.M.C.A. establishment somewhere in England.
Posted by Unknown at 21:35