Puff and Draw - The Cigarette War

My intention in this post is not to glorify nor promote cigarette smoking. Instead, I've chosen this subject matter in the realisation that cigarette smoking during the Great War was a reallly big deal for many who sought simple pleasures during hard and traumatic times despite the health risks. Simply put, tobacco was very popular and an accepted part of culture in the war years.

Tobacco was widely available, affordable and easily transportable to troops at the front lines. Along with letters and food parcels from loved ones were packets of cigarettes sent to soldiers in battle. Woodbines, Three Castles, Duke's Cameo, Player's Navy Cut and Kenilworth are just a small example of the many branded cigarettes in circulation, and what follows, are examples from newspapers and postcards that illustrate the soldiers' desire for a fag; 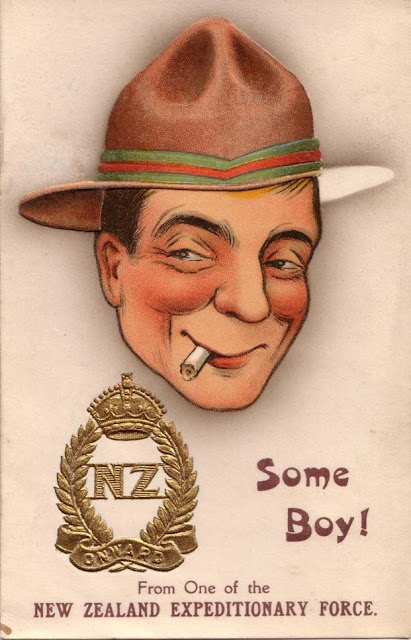 "Cigarettes or Chocolates?
Which does the soldier prefer?
An interesting discussion has recently been proceeding in the columns of a London paper, "The New Statesman," on the relative merits of cigarettes or chocolate as suitable gifts for our gallant soldiers at the front. Some one has called the present war "a cigarette war," and there is abundant testimony to the popularity of the cigarette with our soldiers, not only in the trenches, but when the men are undergoing the preliminaries to an operation. The soldier of our youth dearly loved his short and well-seasoned clay. To day, the British soldier takes most kindly to a cigarette. An enormous increase in the sale of tobacco has been chronicled in England as one result, at least, of the war. When announcing a jump of seven millions in the revenue, Mr Lloyd George attributed the increase to the "smoking in camps, and the great gifts of tobacco which have been distributed among the troops."
Taking this as a text, it is contended by some good people that it is better that gifts of tobacco should assume the form of chocolate rather than packets of cigarettes. One medical authority, quoting Sir Lauder Brunton's description of sugar as "the food of the body," maintains that the desire for sweets is not only a natural but a healthy taste. The chief value of chocolate, he adds, is provided by the sugar which it contains. And he proceeds to argue that, seeing an excess in smoking may injure both eyes and heart, it is safer and wiser to send presents, not of cigarettes, but chocolates, and sweets and honey, and jam and gingerbread, and all other manner of things that contain sugar.
This is all very well, but the main thing to ascertain is, to our mind, what the majority of the men prefer. Medical anathemas notwithstanding, we fancy the popular (soldier's) vote will be cast for the cigarette. And, now we come to think of it, how is it that the doctors, who so often condemn cigarettes are themselves, as a class, so tremendously addicted to the cigarette habit? The fact is that if there is no inhalation of the smoke, the cigarette is very far from being the deadly thing it is so often pictured as being. Let the boys have their chocolates if they like, but don't dock their supply of cigarettes. After all, it is not so much a question of which is "better" for the soldier, but which the soldier prefers. The choice between the two comforts should be left to the brave fellows who are fighting for us. Like the immortal Mr Jingle, outsiders should not "presume to dictate."
Source: Free Lance, 16 July 1915, page 6. 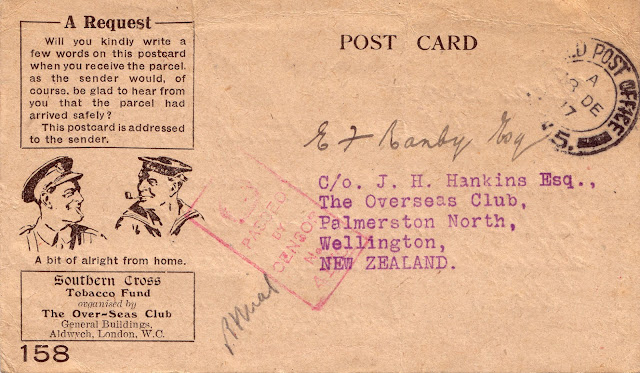 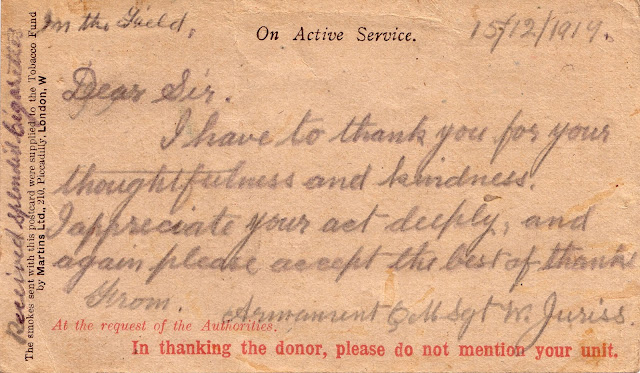 A Southern Cross Tobacco Fund postcard from a New Zealand soldier, Armament Quarter Master Sergeant W. Juriss, thanking the sender for the parcel containing cigarettes. He has written "Received Splendid Cigarettes" down the left side of the card.

"About Cigarettes.
The soldier's "fag" has become so well recognised a weakness that it takes a bold man to attack it on the ground that smoking is injurious to the health. Yet such a man has now arisen. Most people will be quite ready to believe that unlimited cigarette smoking is detrimental to the health of men in the trenches - where life is semi-sedentary - but particularly of hospital patients. One of the regular activities of the War Contingent Association is the distribution of smokes through its visitors to New Zealanders in British hospitals. The allowance is limited to 40 cigarettes a week."
Source: Feilding Star, 9 December 1916, page 2. 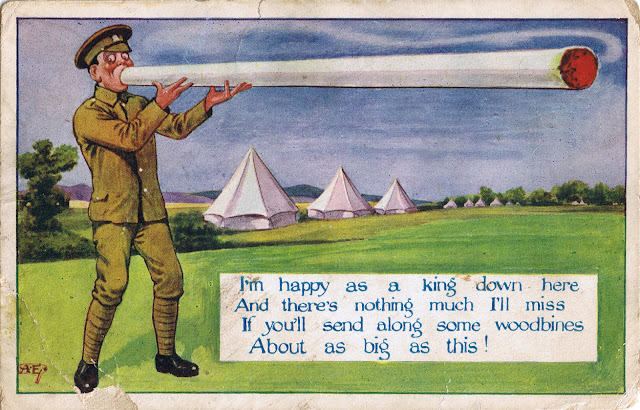 "Messages from the Sea.
Soldiers want cigarettes.
Melbourne, January 4.
Six bottles containing appeals from soldiers for cigarettes have been found at Wilson's Promontory. They were thrown overboard from troopships in August, September, October, and November. Three of them are from New Zealand soldiers."
Feilding Star, 12 January 1916, page 4. 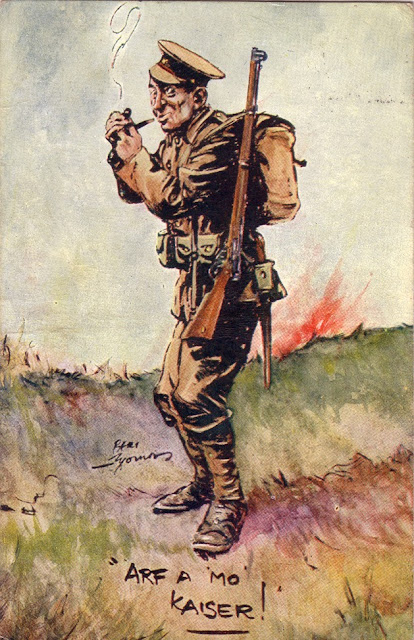 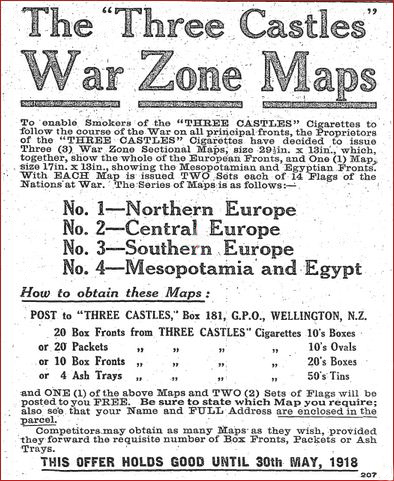