Put down your guns and read 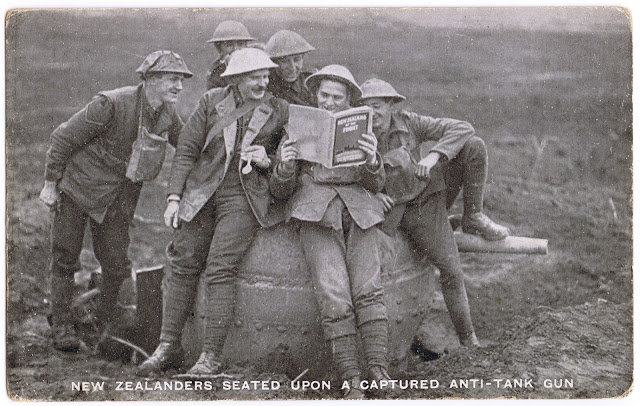 This image was taken at ‘Clapham Junction’ in Belgium on 20 November 1917 by the New Zealand Expeditionary Force Official Photographer Henry Armytage Sanders. It was referenced in Sanders work as photograph H343. Another two of his photographs, H341 and H342 also show New Zealand troops holding a copy of the same publication. 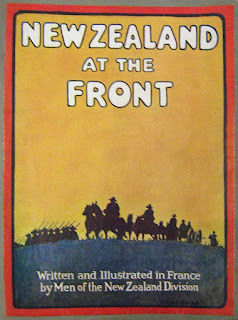 Newspapers, magazines, books, letters and postcards were all welcome as reading material used by troops during recreational time away from the front lines.

The group of men pictured, dressed in battle uniform shows soldiers from the 3rd Battalion New Zealand Rifle Brigade enjoying a leisurely read of the publication “New Zealand at the Front”.


Left: The cover page of the publicaton "New Zealand at the Front" written and illustrated by New Zealand soldiers during the First World War.
Posted by Unknown at 21:37