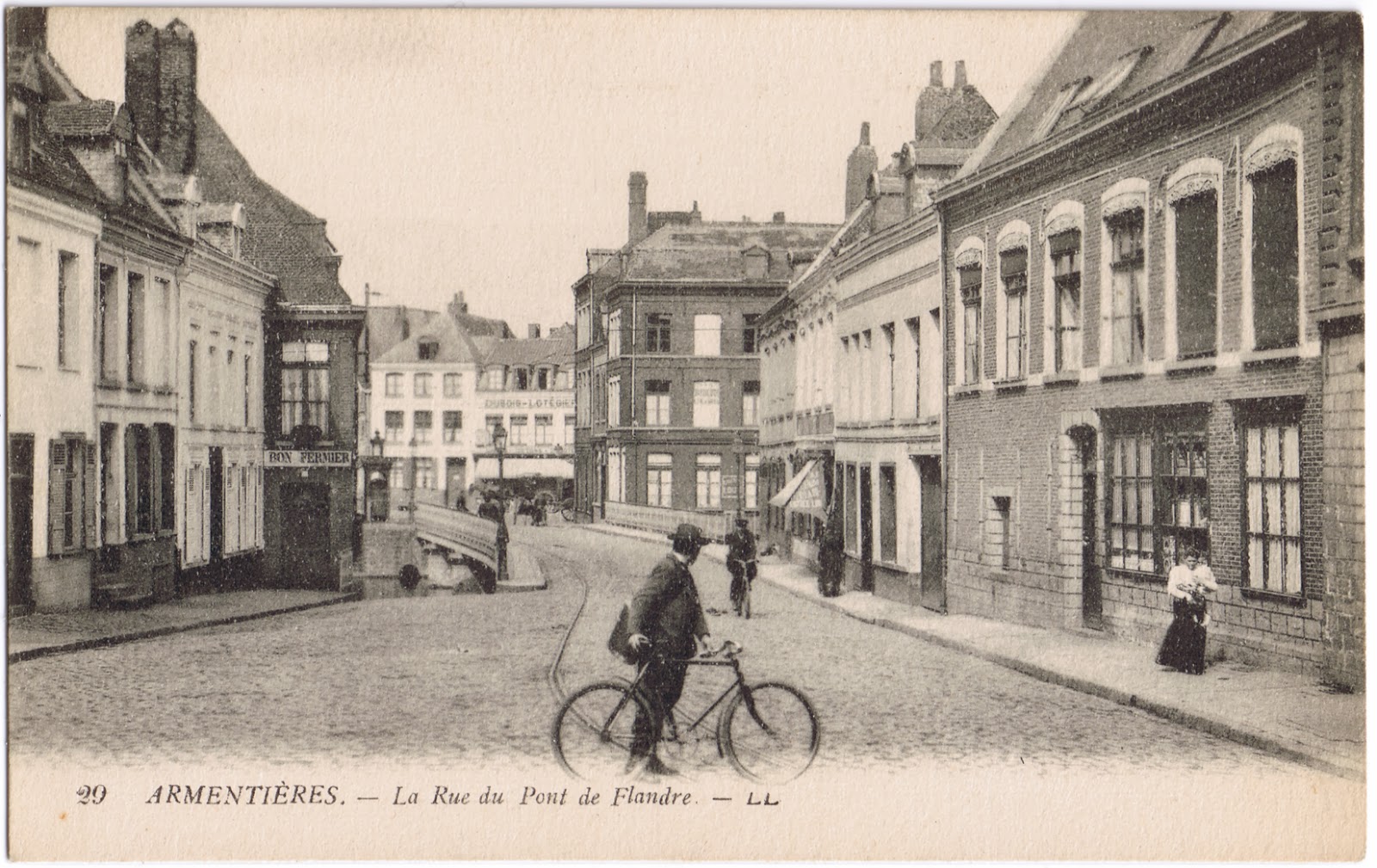 The New Zealanders arrived in France in April 1916 and by May they were stationed in the Armentieres sector. New Zealand soldiers quickly discovered that the French town of Armentieres was a 'hot spot' for enemy shelling and the town and its outskirts would long be remembered by them as the scene for some of their first experiences of trench warfare and heavy bombardment.

Armentieres is located in northern France very close to the border of Belgium. To the west of the town, 453 New Zealand soldiers' graves lie in the largest New Zealand military cemetery in France, the Cite Bonjean Military Cemetery. One of the soldiers buried there is Private Robert John Cook, an 18 year old Wellingtonian who died of wounds in May 1916 and whose name is inscribed on the bell "Armentieres" at the National War Memorial Carillon in Wellington, New Zealand.

The French town is also famously referred to in the popular war song "Mademoiselle from Armentieres". There were many verses and all were sung with such vigour by soldiers on their march to war;

Hinky-dinky, parlez-vous?
Posted by Unknown at 22:03