The Beautiful Game and The Ugly War

The news this week that the British Government plan to hold a football match between England and Germany on Boxing Day 2014 at Messines in Belgium has inspired me to write this post.

The First World War was an ugly tragic mess that claimed millions of lives. Many survivors would not or could not speak of the grim conditions they endured during the war years. However, on rare occasions, a glimmer of hope and humanity prevailed. An early example of this was the Christmas  truce of 1914. On the cold bleak battlefront the human spirit and goodwill to all men was ignited when British soldiers saw candlelit Christmas trees perched up on the German trench parapets. A biting chill in the air on Christmas eve suddenly carried the warming sound of carols and with it, the curiosity and temptation for both sides to somehow rejoice and sing along. One thing led to another, and chocolate, christmas pudding and other goods sent from home were exchanged by throwing them between British and German trenches.And then the remarkable truce followed. The first British and German soldiers to climb out of their trenches to face one another unarmed must surely have been anxious but bold. The final act of coming together in the middle of no-mans land was without doubt a momentous occasion with the purpose of sharing and celebrating  Christmas.
But as if this was not enough inspiration and goodwill, at various locations along the front line German and Allied battalions came together to play the beautiful game! If the traditional leather football was not available then footballs were soon fashioned out of fabric stuffed with straw, tied up sandbags, and even a ration tin. Regimental hats were crudely used to mark the goal posts, but no matter, the spirit, comraderie and shared passion for football were all that mattered for those brief moments at Christmas in 1914.
When the games ended, and the Christmas celebrations came to a close, soldiers from both sides returned to their trenches, picked up their weapons and resumed the war. Many of those men later fell on the same shell scarred landscape that they had briefly come together to share Christmas and football on. 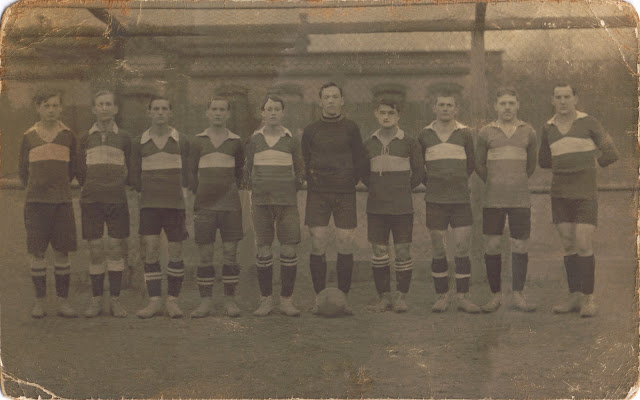 So, it is with great admiration I have for the British government in their decision to arrange a football match intended to honour the fallen from both sides and to mark the centenary of the 1914 Christmas truce. And what better player ambassador to lead England, than David Beckham. A player built on passion for the game, who exercises true sportsmanship, and a person who can be guaranteed to provide a genuine warm handshake before and after the game. I wouldn't mind seeing our own Ryan Nelsen in the team too, if there were a chance for his inclusion.

It is worth mentioning that whilst rugby is in our New Zealand blood, and matches were played not far from the war zone, football too, was revered during that same period. This hardened bunch of New Zealand soldiers seen below, were a  team from 1916. I wonder whether they ever had the opportunity like those men from the 1914 truce, to be able to lay down weapons at Christmas and have a good old dribble and kick against a German side. What's certain is that any Kiwi side with solid focus and determination is hard to beat. The All Whites punched above their weight against the much higher ranked Italy in the 2010 World Cup. So who knows, maybe there was a Beckham equivalent in this New Zealand army team!

I only hope we have a New Zealand presence at the centenary football match next year so that we might share in the remembrance of all those who were robbed of longer, happier, healthier lives and who instead could only scrape together some small opportunity to play sport together for one brief moment at Christmastime one hundred years ago. 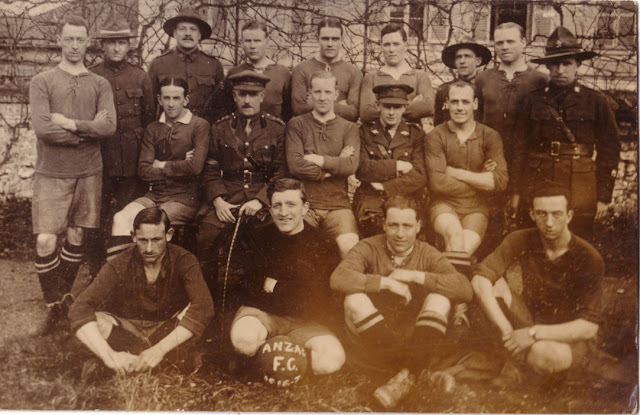