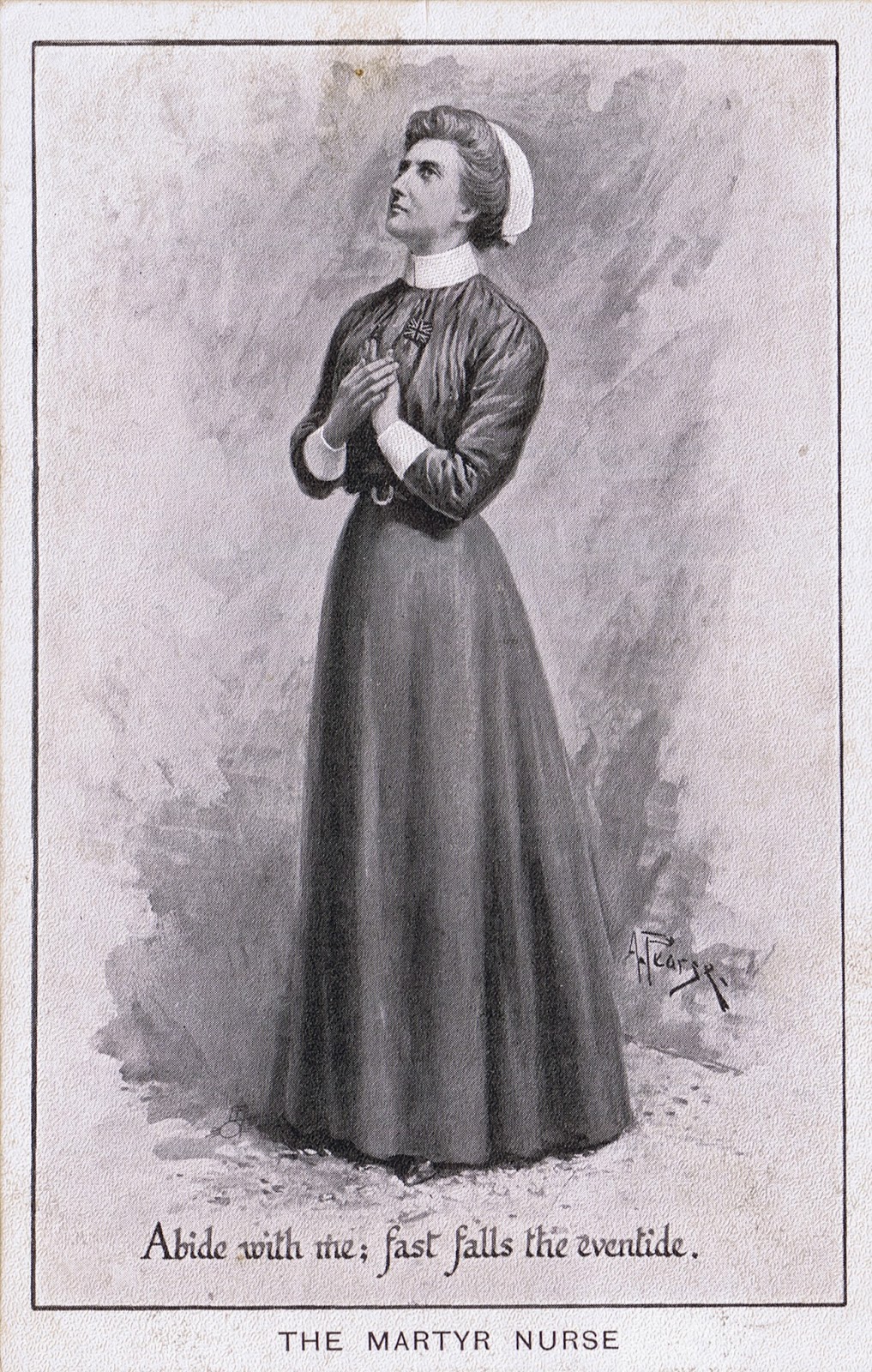 "Abide with me; fast falls the eventide. The Martyr Nurse." by artist Alfred Pearse.

British nurse Edith Cavell put her own life at risk during the early stages of the First World War. She assisted Belgian, British and French soldiers to escape German occupied Belgium for the safety of neutral Holland.
On 3 August 1915 German authorities arrested Nurse Cavell having discovered she had been hiding allied soldiers from them, and had committed treason. She was put on trial and condemned to death. Hours before her execution, she was given Holy Communion by Reverend Gahan and Nurse Cavell told him "Patriotism is not enough. I must have no hatred or bitterness towards anyone."
A firing squad of eight German soldiers shot her dead at Schaerbeek on 12 October 1915.

This postcard was painted by London born artist Alfred Pearse. He had earlier visited New Zealand in June 1901 and was the illustrator for G.A.Henty’s book "Maori and Settler. A Story of the New Zealand War". He was also artist for the popular publication the “Graphic” during the King and Queen’s royal tour in 1901.

Pearse, age 61, enlisted as official New Zealand War Artist and commenced duty on 11 September 1918 at the rank of Honorary Captain with the New Zealand Rifle Brigade. He was attached to Brigadier-General C.W. Melville’s headquarters. On 27 September he left Headquarters in London for the battlefields in France and worked on a number of sketches and watercolours. By November the war had ended and in March 1919 Pearse was demobilized and discharged from military service.
Some of his work was reproduced and printed on postcards during the war including the postcard shown here “The Martyr Nurse", and "Heroic Nuns at Rheims” from a set of Gallant Deeds postcards, and also a set entitled “It’s a long, long way from Tipperary”, “Rescuing a wounded comrade under fire” and “Tank in action” for the King.