This post is inspired by the wonderful and highly entertaining display put on by the New Zealand Army Band at the International Rugby 7's tournament held at the sports stadium in Wellington over the weekend.
Military bands had a very important duty to fill during the First World War. Grief and a sense of loss was widely felt among soldiers on the frontline. Some of the simple pleasures to help restore some normality to the lives of our soldiers coming out from the battlefield was listening to music. Military bands entertained troops in this way. They helped to raise morale and roused patriotism among the ranks. 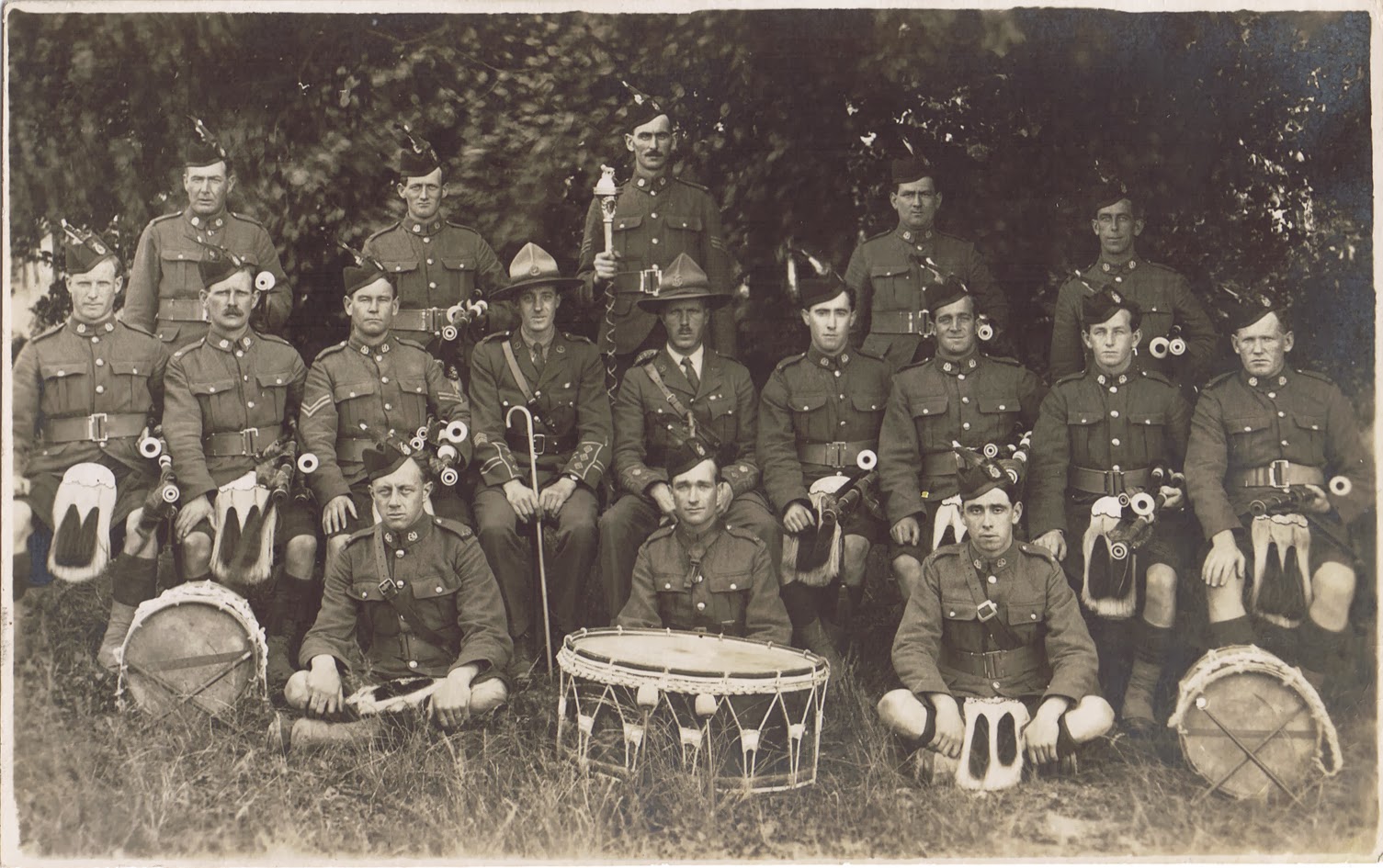 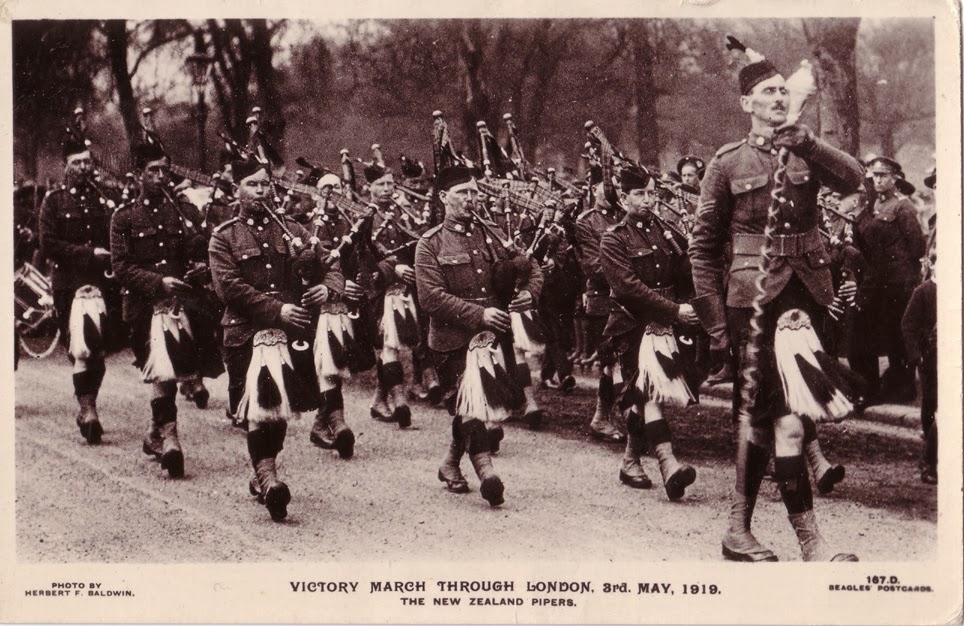 "Victory March Through London, 3rd May 1919. The New Zealand Pipers." Printed and published by Beagles, England.
Posted by Unknown at 19:50